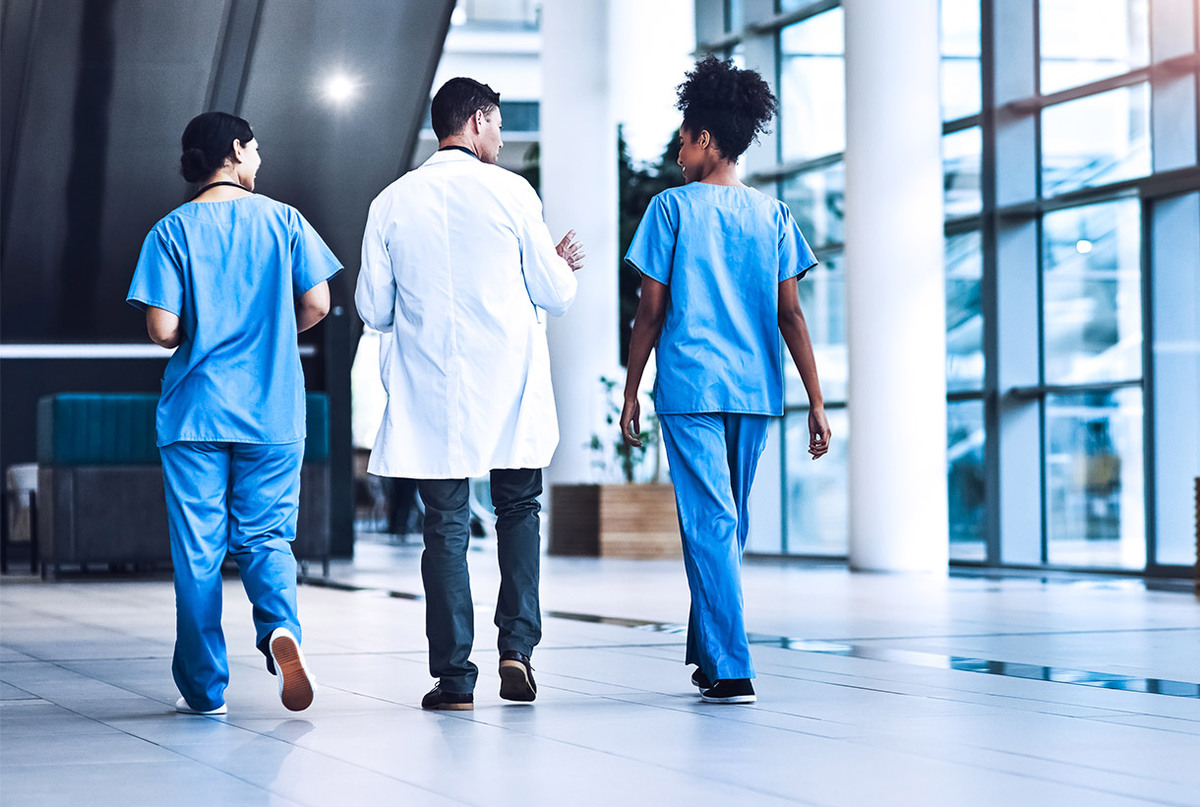 Composed of four hospitals, the NYU Langone Medical Center is home to the NYU School of Medicine.

Ensure hospital personnel could be alerted quickly in an emergency via multiple methods.

Located near the heart of Manhattan, NYU Langone Medical Center is recognized as one of the nation’s premier centers for excellence in health care, biomedical research and medical education.

After a large water main broke at a fire hydrant just outside NYU Langone Medical Center, there was significant flooding in the basement of a critical building. Hospital waiting rooms, MRI rooms, computer operations centers and mechanical systems were affected. And expensive and vital equipment was at risk for water damage.

Because of the timing of the incident, it could have been difficult to reach staff members who were not on duty. However, the Medical Center was prepared for this type of situation by having a solution in place that would allow all personnel to be alerted quickly and through different modalities (e.g., cellular and landline phones and email).

Using OnSolve® Critical Communications, the Nurse Administrator was able to reach core leadership and infrastructure managers very quickly. She was on the phone with senior managers from building security, facilities management and public relations within minutes to coordinate a response effort and mitigate any possible damage. The Emergency Management Team also used the alerting service to communicate updates on the situation, troubleshoot issues and deploy more staff members into the Medical Center as needed.

Thanks in part to the Nurse Administrator’s quick response, aided by OnSolve Critical Communications, there was only minimal damage to ceiling tiles and carpeted flooring in the affected rooms, and operations were not jeopardized.

"Using OnSolve Critical Communications, we were able to speak with security personnel and ascertain critical safety considerations before going into certain areas. Our communication was streamlined, and those who were knowledgeable about the space, including those who were not on site at the time, were able to provide information on potential hazards to ensure a safe response.”
— Kristin Stevens
Director of Emergency Management, NYU Langone Medical Center

Both the hospital and the School of Medicine at NYU Langone Medical Center are prepared to use OnSolve Critical Communications in any emergency situation. For example, in response to the 2009 crash landing of an airplane in the Hudson River, the Emergency Management Team used the alerting service to ensure personnel were on alert to care for the multiple victims expected to need care.

Kristin Stevens, Director of Emergency Management for NYU Langone Medical Center, said it was helpful to have the ability to develop templates and protocols ahead of time that could be applied quickly and easily in the event of an emergency. Depending on the situation, the Medical Center has pre-determined groups and scenarios on hand for activation, notification and post-event deactivation purposes. Stevens also varies the type(s) of alert and the recipient(s) depending on the time of an incident.

“We can differentiate between email, phone and text messages, and determine which types of messages get which type of notification. We often choose to contact employees via email only if a situation is not time sensitive,” said Stevens.

This kind of flexibility, among other things, stood out to the Emergency Management Team. Stevens noted, “OnSolve Critical Communications is just so much easier to use than other alerting systems. The user interface is incredibly clear, and it’s a lot more intuitive.”

Stevens also really appreciates the responsiveness of OnSolve’s customer support. “You can call OnSolve at any time and someone is there to answer your question,” she said. Likewise, Stevens credits the company’s active solicitation (and appreciation) of user feedback.

"OnSolve is genuinely interested in what we, as users, want out of the system, and the customer support team is very responsive to our needs.”
— Kristin Stevens
Director of Emergency Management, NYU Langone Medical Center