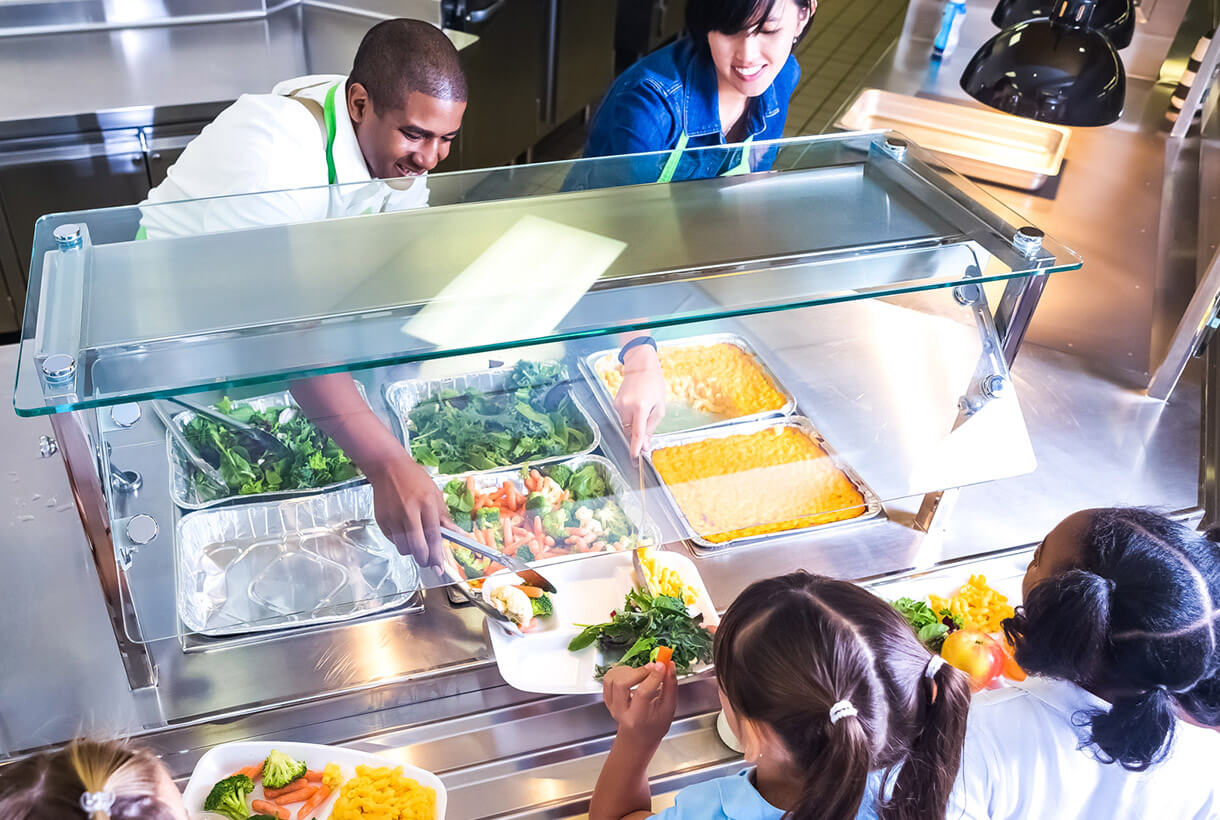 The Food Services Department of the Hayward Unified School District serves more than 20,000 students, K-12, in 31 schools in the East Bay subregion of the San Francisco Bay Area. The school body is culturally diverse. About 65 percent of students are Latino or Hispanic, so the school district communicates with parents in English and Spanish.

Despite mailed and awkward in-person messages, the school district was left with a large balance of unpaid lunch accounts at the end of each year.

The Hayward Food Services Department uses OnSolve One Call Now to automate and simplify sending out 1,100 messages every two weeks.

After the first year, the district had significantly less unpaid lunch account balances and saved several thousand dollars in time and money normally spent on mailings.

But when you’re missing an essential ingredient like timely and  effective communication with parents, the recipe for good school nutrition can fall flat. That was the problem faced by  the Food   Services Department of Hayward Unified School District, which serves    a culturally diverse student body of more than 20,000, grades K-12. The students are spread across 31 schools in the East Bay area near San Francisco.

Before the start of each school year, Hayward’s food services department notified parents by mail to apply for free and reduced-price lunches if they met income guidelines.

The food services department also periodically mailed notices to parents who fell behind in paying for their children’s reduced or full-priced lunches. Carlos Melara, a technology specialist with the food services department, said that in some cases, “the lunch lady would tell the students directly in the cafeteria. But we didn’t feel that was practical. And we had privacy concerns. When you tell a student in the serving line, other students can hear.” Plus, he said, “You never know if the message gets passed to the parent.”

From a financial standpoint, school administrators could see the system wasn’t working. It was costing the school district.

According to Melara, “Compared to previous years before using the One Call Now service, the district was spending more in labor and unpaid balances, and the communication bridge between parents and food service was not reliable.”

“There had to be another way to do it,” Melara said. So, he began researching alternatives for communicating with parents. Specifically, he looked for a critical communications system that could be integrated with the district’s lunch billing and payment app, Nutrikids.

In his search, Melara came across reviews for One Call Now. ‘We  tried One Call Now, and we were happy. Everything worked the way we wanted.”

Since the 2016-17 school year, Hayward food services has been using the One Call Now automated critical communications system to generate calls or emails (primarily calls) to parents–to notify them about free and reduced-price lunch enrollment and outstanding balances on their lunch accounts. “This makes it easier for us,” Melara said. He added that the system enables food services to send out about 1,100 notifications every two weeks.

For the unpaid balance messages, Melara has setup an automatic database query process on the food service department’s billing and payment server. This creates a file of parents with a negative school lunch balance. “The One Call Now system pulls that file and makes the call,” Melara said. One Call Now automatically fills in the fields for the student’s name and balance.

About 65 percent of the district’s students are Hispanic or Latino, so Melara uses One Call Now to send phone calls and emails in English and Spanish.

At the end of the 2016-17 school year, the district’s first year of using One Call Now, unpaid lunch balances were down saving the district thousands of dollars.

“That gives us money to use for other purposes,” Melara said.

Parents also are pleased with the new messages they’re receiving, Melara said. In many cases, they fell behind in paying because they had lost track of what they owed. “They say they like how we are keeping them up to date on the balances, because before they had to be guessing what they owed or relying on their student to tell them they had a negative balance.”

Additionally, Melara said that One Call Now saves the district significant time and the thousands of dollars it costs to send mailings.