Fireworks, the Fourth and a Pandemic: A Recipe for Wildfires 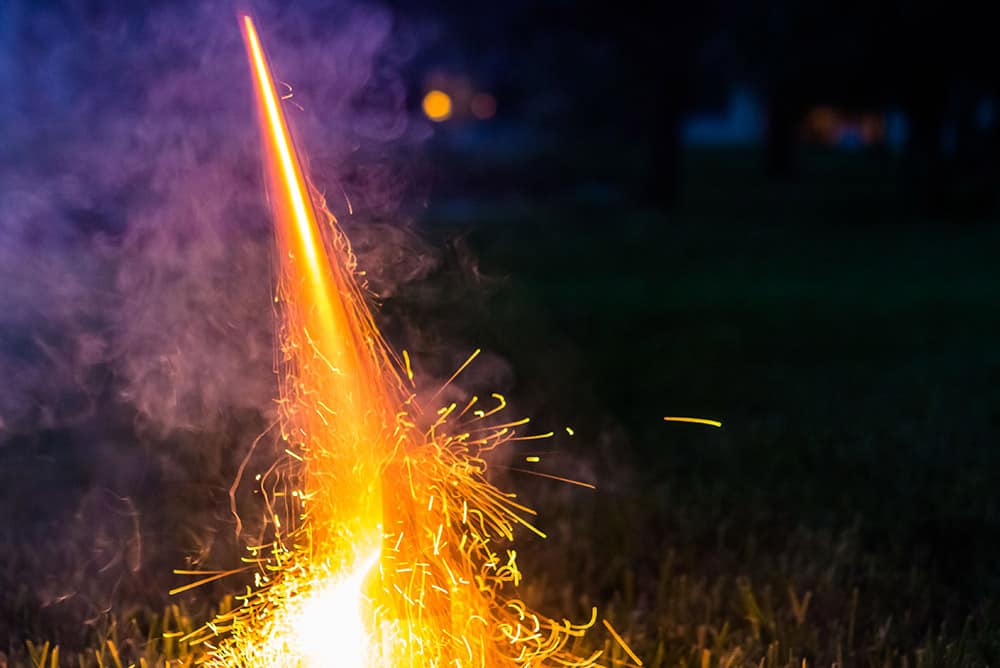 It’s Fourth of July weekend. As is the case with just about everything, this year is different. There will be less camping. Less picnicking. Fewer hot dogs and hamburgers will be cooked on the grill alongside trays of kabobs and corn on the cob.

And fewer people will attend municipally sponsored fireworks because of social distancing.

Retail fireworks sales on the rise

There is something, however, that there’s likely to be more of this year: wildfires caused by fireworks. With people still at home and public gatherings prohibited in many cities, counties and states, more people are buying retail fireworks. In fact, some retailers are seeing a 115 percent increase in sales since May.

Americans start over twice as many wildfires on July 4th as any other summer day. And we’re already seeing heightened fire activity due to fireworks. The Traverse Fire in Utah, which started on June 28th, was contained, and no loss of property or life was reported. But it forced the evacuation of 13,000 residents. The cause? A roman candle.

With lightning ruled out as a cause of Utah’s Knolls Fire, attention has turned to potential human causes, with fireworks high on the list. And in East Oakland, also at the end of June, illegal fireworks caused a three-alarm vegetation blaze.

And the threat is growing. Across the country, municipalities report a more than 300 percent rise in fireworks complaints in the months of May and June.

Here are some topics you might use to increase awareness of fireworks safety during wildfire season:

This year the National Interagency Fire Center predicts the wildfire potential through July is “average.” That’s a bit of good news. Through effective messaging across channels, you can help ensure that your citizens and residents don’t increase that potential through careless and risky use of fireworks. Reach out to them and tell them how good preparation and carefulness can ensure a great Fourth of July weekend.

Learn more about how to manage wildfire season during the pandemic here.