As hurricanes continue to inflict severe damage on the East Coast on a yearly basis, discussions surrounding storm surge are frequently part of the conversation. Storm surge is a byproduct of high winds and heavy rain. It can cause just as much, if not more, damage than a hurricane itself.

Like all weather-related risks, storm surge can be difficult to predict. But there are resources available to help keep your people, places and property safe from this significant hazard. Were you aware the National Hurricane Center (NHC) provides an interactive tool to help predict storm surge? When utilized in conjunction with proactive critical event management, this mapping tool can significantly improve your organization’s preparedness.

The 411: Get the Full Storm Surge Picture

What is storm surge? The National Oceanic and Atmospheric Administration (NOAA) defines it as “an abnormal rise of water generated by a storm, over and above the predicted astronomical tide.” In some cases, storm surge can span hundreds of miles of coastline and reach heights of more than 20 feet. Storm surge can result in catastrophic damage to buildings, roads, bridges and the environment, as well as loss of life.

Storm surge directly causes approximately half of all deaths associated with massive storms, according to the NHC. Not only is every U.S. East and Gulf coast location vulnerable to storm surge, but storm surge is also powerful enough to move far inland. For example, during Hurricane Ike, coastal flooding from hurricane storm surge penetrated 30 miles inland, reaching areas as distant as southwestern Louisiana and southeastern Texas.

In another example, storm surge images and pictures showed flooding as high as 28 feet above normal tide levels during Hurricane Katrina. Surge waters resulted in enormous tragedy, contributing to this storm’s status as one of the most disastrous weather events in U.S. history. Other major hurricanes, such as Dennis, Isabel, Opal, Hugo and Camille, also had notable storm surges — and staggering death tolls to go along with them. Hurricane storm tides in Galveston in 1900 were responsible for the deaths of at least 8,000 people.

Predicting and Preparing for Storm Surge

One of the reasons the Galveston hurricane is on record as the deadliest weather disaster in United States history is because neither prediction models nor warning systems were as advanced then as they are today. But there’s still room for improvement when it comes to predicting, planning and preparing for storms and storm surge.

Enter the NHC’s Potential Storm Surge Flooding Map. For specific storms impacting both the East and Gulf coasts, this tool assesses and depicts the risk of coastal flooding from storm surge based on the National Weather Service’s (NWS) Sea, Lake and Overland Surges from Hurricanes (SLOSH) model. Users can manipulate the map to see how a specific geographic location may be impacted by storm surge and coastal flooding, as well as the potential height of water above ground.

Developed by a panel of experts for an audience including government agencies, the media and the general public, Potential Storm Surge Flooding Maps are released within 90 minutes of when the first hurricane watch or warning is issued.

The goal is to arm citizens, agencies and organizations with the information they need to make potentially life-saving decisions when a storm is bearing down. A well-considered strategy for critical event management—including critical communications—is imperative to develop and maintain a mindset of organizational resilience.

As hurricane season approaches, now’s the time to ask: Is your organization prepared for the next hurricane and the storm surge that may come with it? Are you sure? Get familiar with the Flooding Map and check out the Hurricane Preparedness Kit from OnSolve to make sure you’re ready when every minute counts. 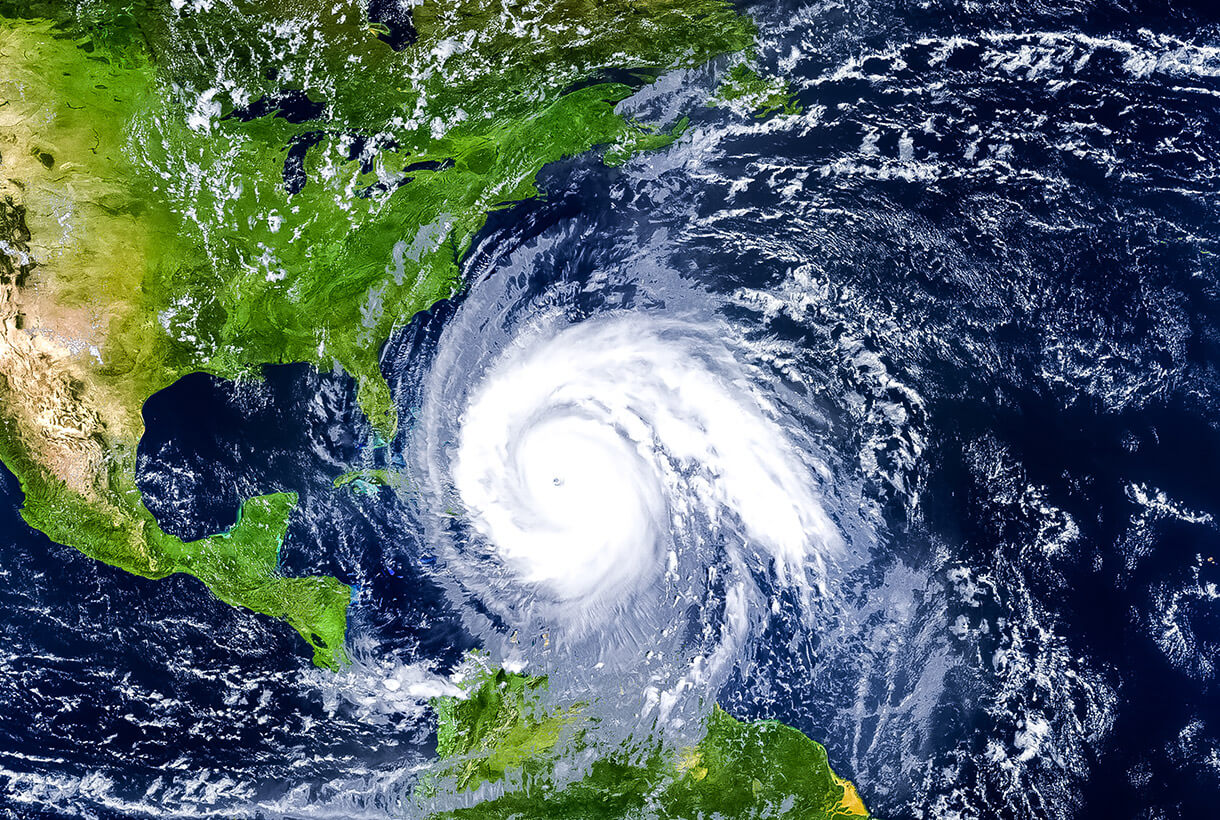 Take Your Hurricane Preparedness to the Next Level

Get the latest hurricane preparedness tips and resources to enhance your readiness and ensure your critical communications strategy is on track.