The Importance of Storm Surge Alerts During Hurricane Season 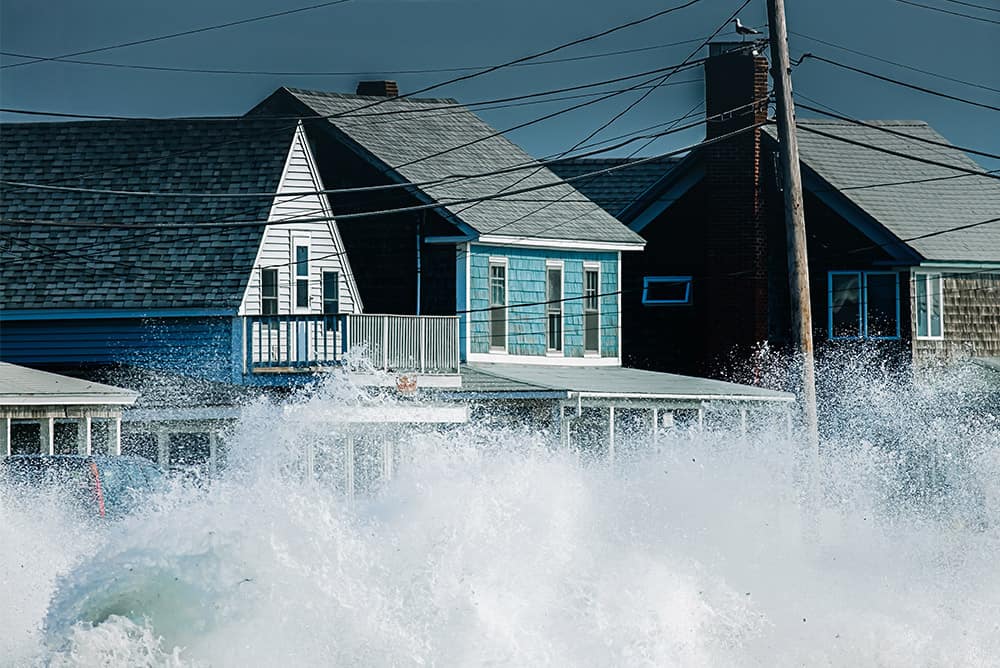 Consider this: According to the National Hurricane Center, storm surge directly causes approximately half of all deaths associated with massive storms.

2021 was the third most active Atlantic hurricane season in history, with eight massive storms striking the U.S. coast. Deadly weather like Hurricane Ida caused billions of dollars’ worth of damage and took hundreds of lives, highlighting the importance of sending out storm surge information as part of your critical communications messaging to your citizens.

For many years, almost all attention during a storm was given to the storm itself, and not the threat of surge. Then Katrina happened in 2005. And later, Sandy in 2012 and Harvey in 2017. There has also been an increasing number of hurricanes with intense storm surge in the past few years. It became obvious that storm surge communications needed to be a critical part of overall emergency planning.

The Dynamic Risk of Hurricanes

Hurricanes are what are known as dynamic risks: Events in which the ultimate harm is different than the initially expected harm. Dynamic risks involve an element of surprise, whether from an unexpected change in the initial event or the addition of another, compounding event.

For example, a hotel chain expected Hurricane Ida to make landfall on the Gulf Coast in 2021. But when the storm suddenly shifted to the East Coast, they were caught off guard and had to scramble to respond to flooded buildings in Manhattan.

Every hurricane has the capacity to change at any given moment. Its path may shift as it heads towards land. It may intersect with another weather pattern as it reaches the coastline, causing an intensified storm surge. An area recently hit by a hurricane may find itself unprepared to deal with an ensuing storm. Having a well-planned notification system in place can help mitigate the damage caused by rapid storm surges and their cascading effects.

The government keeps a close watch on potential surges and publishes the information on the National Hurricane Center (NHC) website, as well as through various agencies’ emergency notification systems. Surge notifications are released within 90 minutes of when the first hurricane watch or warning is issued.

How can you use your critical communications system to ensure the public has full and accurate information about the threat of storm surge to specific areas?

Unlike the storm itself, storm surge is not a threat to broad regions. Effective storm surge alerts must be targeted to reach people only in those areas where surge is predicted. For instance, the NHC posted surge warnings for Ida specifically for places threatened by the effect, such as Vermillion Bay, Lake Borgne, Lake Pontchartrain and Lake Maurepas. These locations were updated as the storm evolved.

Having the ability to target alerts to people in only critical areas is a must-have capability for your critical communications system. Without targeting, you risk spreading confusion in the public and reducing the effectiveness of your emergency response.

What does a good storm surge communication strategy look like? Below, we’ve followed the development of the 2020 Tropical Storm Cristobal from June 2 to June 8 to provide an outline you can use to guide your messaging efforts.

June 4: The first alert that the storm should reach the U.S. is released.

June 5: The NWS issues its first storm and surge watch advisory, pinpointing where the surge is forecasted and where to find more information.

June 6: Some of the surge watches are upgraded to warnings.

June 8: The storm dissipates; the surge and storm warnings are taken down.

The 2022 hurricane season officially begins on June 1, but severe storms can develop at any time. Now is a perfect time to assess your readiness. An emergency action plan—including comprehensive communications strategies—is imperative to keep your residents safe and their property secure. A critical communications system, such as OnSolve CodeRED, enables life-saving information to be pushed out quickly to the public.

Are you ready to communicate about the coming hurricanes and storm surges that could create dangerous situations?  Learn more in our Hurricane Preparedness Resource Center.