The Forecast Is In: It’s Time to Improve Winter Preparedness 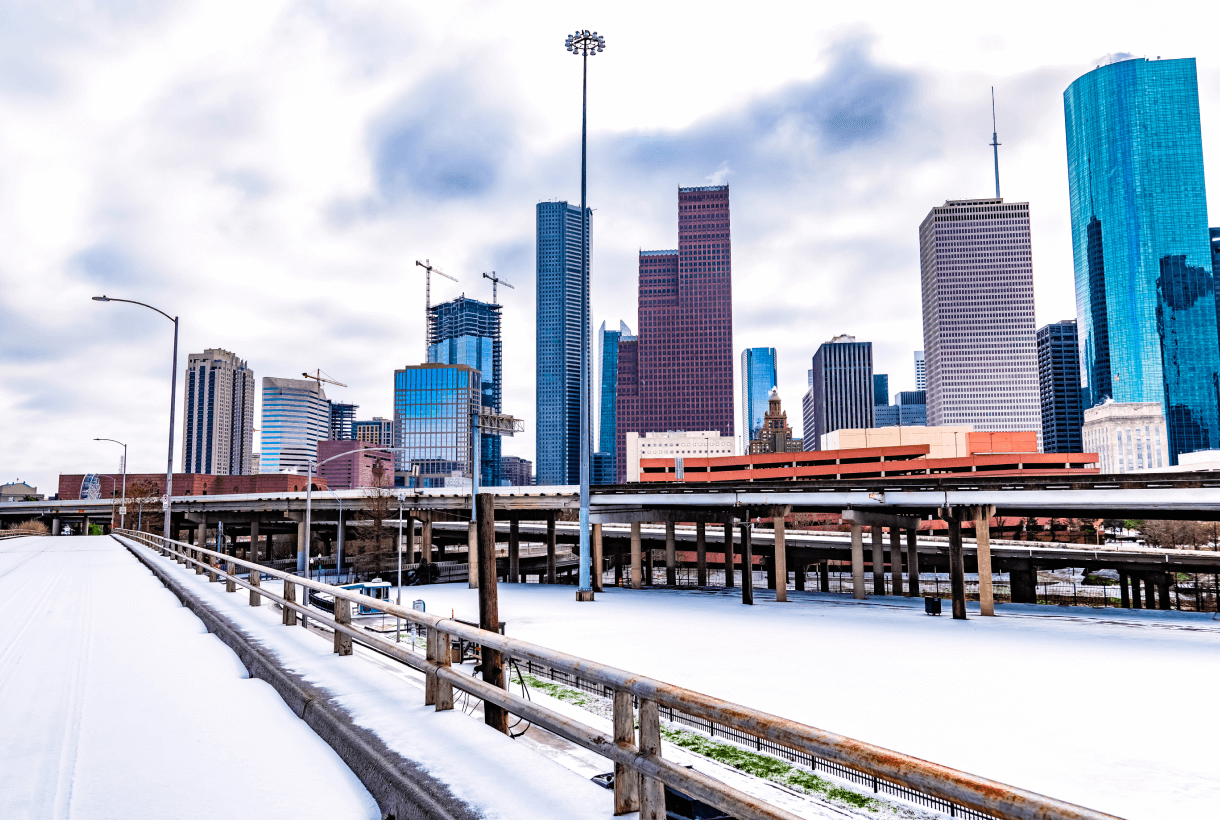 Paul Getty may have been onto something when he said, “I’ve never been one to bet on the weather.” Over the course of the last few years, winter weather has become more unpredictable – and more dangerous. It’s not merely the weather that’s the problem. It’s the lack of winter preparedness by state and local governments for unfamiliar weather phenomena.

In 2021, we had everything from snowstorms in Texas to mid-winter hurricanes in Kentucky. With tornadoes, hurricanes, wildfires, droughts and flash floods ramping up in intensity, the weather is deviating from historical expectations.

For the coming 2022 winter season, currently we can expect cold temperatures to arrive earlier than last year, according to the Farmer’s Almanac. In addition, an active storm pattern is expected to develop in December in the eastern half of the country.

Given these predictions, winter storm preparedness must be a priority, Lack of planning and failure to effectively communicate can lead to deadly consequences. Getting alerts to citizens faced with unfamiliar circumstances is critical. Are you ready to help your people evacuate and recover when the next winter storm strikes?

These three winter disasters from 2021 demonstrate how outcomes could have been improved when the unpredictable came to pass.

February in Texas usually entails mild temperatures in the 50s. But in 2021, parts of the state plummeted to -20 degrees Fahrenheit as an unexpected snowstorm derailed the state’s infrastructure, which was not designed to withstand prolonged negative temperatures. The storm left millions without power, water, heat and internet for days.

“We’ve never seen a winter weather event like this in the state of Texas in recorded history, that I’m aware of. Our water systems are really built for heat. We saw multiple failure points… Generators are built to run in the middle of the summer when it’s hot outside, not when you have five to seven days of extremely cold temperatures,” said Toby Baker of the Texas Commission on Environmental Quality.

Without a response plan for snow or extreme cold, the Texas Division of Emergency Management (TDEM) didn’t take advantage of the national Emergency Alert System (EAS) to send direct communications like cell phone alerts or robocalls. Without power or internet, many residents were unable to receive basic information, including notices to boil water, where to find heated shelters or updates on power.

Using a multi-channel critical communications or mass notification system to communicate with residents is key to avoiding confusion, maintaining order and recovering quickly. Even in unpredictable circumstances, lives can be saved with quick thinking and clear messaging.

Massive Tornadoes in the South

Let’s turn to last December’s deadly tornado in Kentucky and surrounding states. Unlike the unexpected snow in Texas, officials in Kentucky knew the twister was on its way and sent alerts to residents hours in advance. Despite this, it was the deadliest tornado in the state’s history, with more than 70 deaths.

Strongly worded tornado warnings from the Weather Service were sent to residents in the storm’s path, giving them updates roughly every 30 minutes. These alerts were amplified online and on television, telling people to take shelter. And while many did, others didn’t believe the alerts applied to them and didn’t take action quickly enough.

Research shows one factor that could have helped emphasize the severity of the situation is including probabilities in weather alerts. This can help build trust in the warnings and enable citizens to make more informed decisions about their response.

Residents who receive specific guidance from their local government are more likely to practice community engagement, helping their neighbors to avoid and recover from disaster events. This eases the burden on response officials, who can focus on repairing roads, fixing power lines and other critical tasks.

A White Christmas on the West Coast

Washington, Nevada and northern California received a white Christmas in 2021, much earlier than typically expected. With three feet of snow accumulation in just one night in the Sierra Nevada Mountains, roads were closed for three days and holiday travel became even more of a snarl.

In Seattle, where Christmas temperatures are usually in the mid-40s, residents were faced with five inches of snow. While much of the city’s public services were rapidly out of commission, the Seattle Department of Transportation kicked into high gear earlier than in previous years. However, even once the main roads were salted and plowed, officials had to warn would-be travelers to stay home via social media.

People without housing, who may not have had access to mobile or television alerts, were hit particularly hard. The threat of hypothermia filled shelters and underscored the importance of using widespread warning systems available to everyone.

Try as we might, we can’t prevent the weather from wreaking havoc. While we might hope for clear skies, it’s critical to prepare for natural disasters. As 2021 showed us, failure to plan can be deadly.

But you can work to prevent the loss of lives during a crisis. It’s about taking the time to tailor your winter preparedness checklist and ensure rapid and reliable critical communications in advance. Test every aspect of your system to verify you can reach all residents and businesses when every minute counts. Sending alerts with specifics like location, timing and event probability helps people make more informed decisions.  It also builds trust in the system and increases the likelihood they’ll heed warnings in the future.

Winter weather in 2021 may have seemed like an anomaly, but it’s likely indicative of what’s to come for many more years. We can no longer rely on the climate patterns of the past to inform us of what to expect each season. When you can’t predict the weather, mass notifications can help you reach people and save lives.

Even when predictions turn out to be accurate, it’s not enough to be prepared for a singular event. Once the initial incident has passed, the consequences can last for days or even weeks. For effective winter storm preparedness, the ability to stay in contact with citizens is vital.

The top priority of any local government is ensuring the safety of its people. It’s your duty to keep them up to date on the latest safety precautions and measures, so they have the best chance to protect themselves during dangerous winter weather conditions. Mass notifications are the number one way to improve your response rates and save lives.

To learn more about boosting your organization's readiness, watch the on-demand webinar with PreparedEx and OnSolve: "Prepare for Winter Weather with a Simulation Exercise." 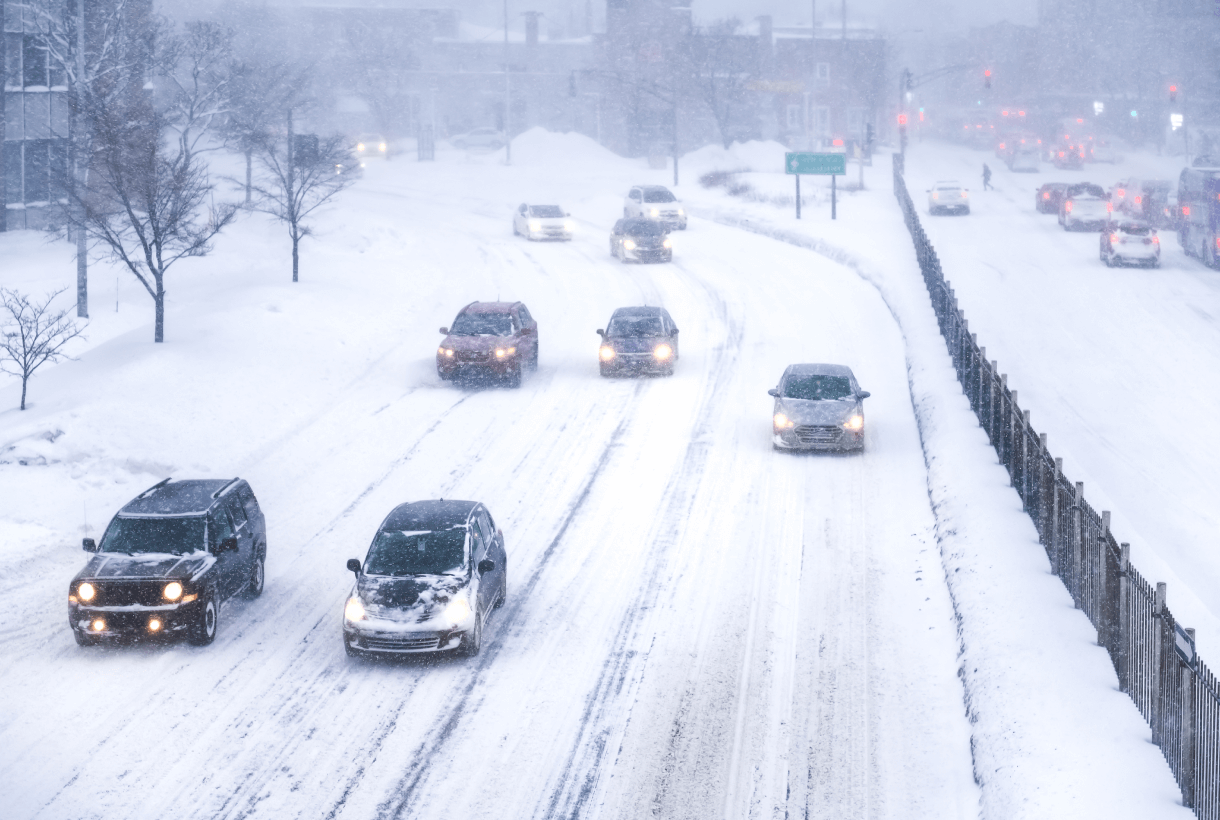 Prepare for Winter Weather with A Simulation Exercise

Learn what an engaging and impactful tabletop exercise looks like and how it can help your organization be better prepared for the winter season.