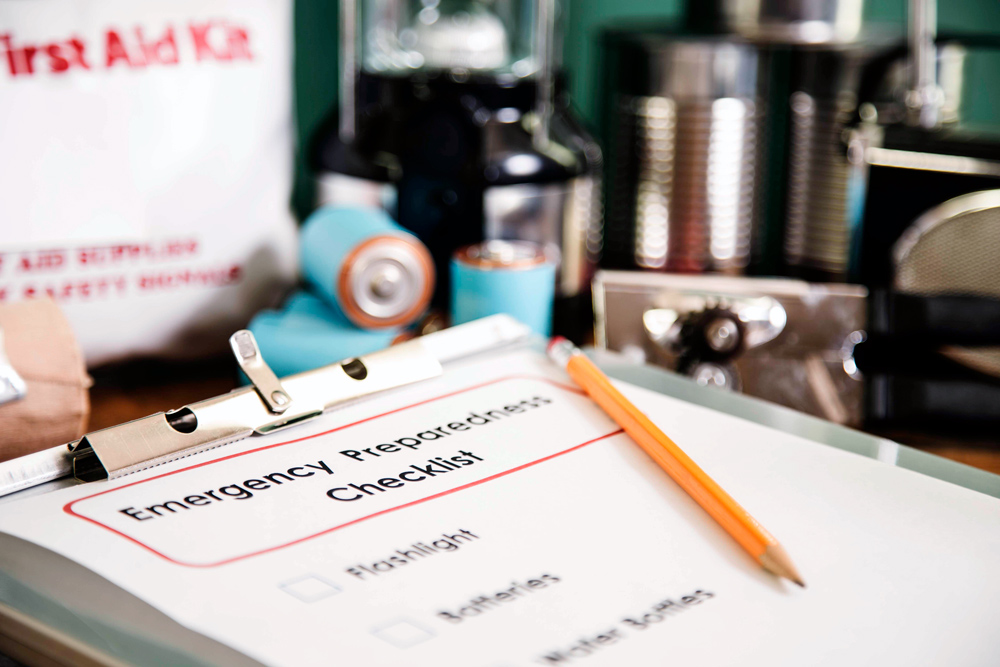 Tragically, wildfires are an annual nightmare in California, and 2020, with a few months still left in the wildfire season, has already set a new record for acreage burned. Devastating wildfires rage one after another, sometimes several burning at the same time, so it makes perfect sense that Californians would be well-prepared to deal with such disasters.

But an alarming statistic was uncovered recently during an investigation by a civil grand jury in one Northern California county: As of October 2019, the share of residents who had registered for the county’s emergency alert system was 10.6 percent, below the national average of 12 to 16 percent. On the other hand, a recent national survey by disaster recovery company Belfor shows that “75% of Americans do not feel that they are well prepared for natural or man-made disasters, and only three out of ten Americans have an emergency preparedness plan.”

Why the contradiction? As it turns out, people love to feel safe and secure, but their ability to assess risk is, too often, terrible. In his book “How Risky Is It, Really?” David Ropeik, a journalist and former instructor at Harvard University’s School of Public Health, notes that numerous studies have found flying is much safer than driving. In the three months after 9/11, though, Ropeik reports that an irrational fear of air travel led to a statistically significant uptick in driving-related deaths across the United States.

People fear some things too much, and at other times, when something should be feared, not at all. So every September, FEMA, through its National Preparedness Month campaign, reminds Americans that disasters are real and that they can affect anyone, not just people living on the Gulf Coast or in the wildfire-prone West. (COVID-19 is a sobering reminder that geography provides no protection from a pandemic.)

The message FEMA sends is that no one serves as a better advocate for one’s safety than oneself. When disaster strikes, it takes time for emergency officials to mobilize. Waiting for the National Guard to arrive in a boat with blankets, food and a crate for the dog is not a recipe for success.  The National Preparedness Month program emphasizes individual responsibility: each week in September, the website highlights a practical action that families should take to ready themselves for a disaster:

Piggyback on a nationwide campaign to target more people

For local emergency managers, National Preparedness Month is the perfect time to remind residents and businesses about the importance of disaster readiness. On its website, FEMA makes extensive, free resources like emergency publications and plans and promotional literature and logos available for your own campaigns. Using these resources and piggybacking on the buzz from this nationwide campaign are efficient ways to get the word out to the most residents.

National Preparedness Month is also an excellent opportunity to convey one of your most critical safety recommendations to the public: Register today for alerts from the community’s emergency notification system. Even though communities make it fast and easy to opt in to emergency alerts, sadly, the statistics show that an overwhelming majority do not.

We asked OnSolve Director of Government Relations Don Hall and Director of Government Strategy Troy Harper to share their tips for persuading citizens to register for alerts. Hall served as an emergency director in Maryland, Florida and Washington, D.C., for 20 years. Harper was the emergency director of Flagler County, Florida, for more than 13 years and is a veteran of the U.S. Air Force.

Using technology, like posting your opt-in message on your community’s website and promoting it via social media, is a must in today’s device-crazed world. Based on their on-the-job experiences and by observing OnSolve clients across the country, Hall and Harper advise local emergency managers to get more creative and use the following tactics to get your message across about alert registration:

Human judgment will remain imperfect and often inexplicable. But for the month of September, you can leverage the vast resources and extensive publicity of the National Preparedness Month campaign. Use this time to experiment with innovative ways to convince your citizens that registering for emergency alerts is a painless first step in taking personal accountability for their safety.

Whether you’re planning for COVID-19 related issues or the next severe weather event, use our communication kits to ensure your organization or agency is prepared.